Most people, when they think of travelling to Nepal, immediately think of one thing: trekking. And, most notably, trekking at painful, nausea- and headache-inducing altitudes. And yes, while, Nepal is a haven for trekkers and is home to the dizzying heights of the Himalayas, there is so much more to do beyond trekking to Everest Base Camp. Best of all, much of it can be done at a relatively easy-breathing altitude.

I thought I would never visit Nepal as I don’t do particularly well at altitude, but then I learned that there was so much to see in the Kathmandu Valley, at low altitude!

The Kathmandu Valley is both the economic hub of Nepal, as well as the location of many of the country’s most noteworthy sites. In fact, the entire valley is marked as a UNESCO Heritage Site, with seven designated sites within it.

The bowl-shaped region is surrounded by towering mountains, but within the valley itself, the altitude remains relatively low. In fact, the valley communities I visited ranged from about 4,330 to 5,740 feet above sea level. For reference, that’s roughly the same altitude as Denver, Colorado.

To make the most of a trip to the Kathmandu Valley, you’ll want to pre-arrange your visits and accommodations. There are some incredible communities worth visiting that are off the typical tourist trail and can offer real insight into the people and culture.

To whet your Nepal travel appetite, here are some of the highlights of my trip through the Kathamandu Valley:

Exploring the ancient town of Panauti

It’s not a far drive from the city of Kathmandu to Panauti, but once you arrive in this town less than 40 kilometres away from the capital, you may feel like you’ve entered another time. Dating back to the 13th century AD, Panauti is one of the oldest towns in Nepal, and even today, it retains its historic charm, with medieval Asian architecture and narrow terracotta streets. It’s also one of the lesser-visited tourist sites, which adds even more to the back-in-time atmosphere.

Panauti also holds a fair bit of mystery, thanks to two distinct geographic features: the town sits at the junction of two sacred rivers, the Rosi and Punyamati, and it’s built atop a single, large rock. Interestingly, the locals in Panauti say these features are why the city is earthquake-proof, which might in fact be true given the city’s ancient monuments were untouched by the devastating Nepal earthquake of 2015. Some say the reason for Panauti’s survival is its location atop the rock, while other local legends point to the power of a mysterious third river that flows to this spot, the Rudrawati, but which is only visible to Nepal’s holy men.

If Panauti is a mystery to most tourists, then the hill-top village of Balthali is a total secret, typically only visited by the most serious of mountain bikers and hikers.

But thankfully, you don’t need to be a hard-core athlete to get here and appreciate the views. From Balthali Village Resort, where we stayed, you can catch vistas of terraced rice fields and lush forests, all backed by the mighty Himalayas, including the mist-shrouded mountains of Manaslu, Langtang and, yes, Everest.

And while the resort offers activities like yoga, hiking and off-road jeep ‘safaris’ for exploring the area, sitting under the flapping prayer flags and staring at the view is also a totally acceptable way to spend your day!

From Balthali, we headed to Namo Buddha, one of the most sacred Buddhist pilgrimage sites in Nepal. As the legend goes, Buddha, in a past life as a prince, gave up his body here to a starving tigress, in the ultimate display of generosity and self-sacrifice. Today, the site is home to the Namo Buddha Stupa and the Thrangu Tashi Yangtse Monastery.

All across Nepal, including at places like Namo Buddha, you’ll no doubt see colourful prayer flags flying in the wind. They drape along stupas and hang across town streets, but visitors often misunderstood their purpose.

Many travellers to Nepal assume that the prayer flags are meant to carry prayers up to the gods, but that isn’t their intent. Rather, prayer flags are hung to blow in the wind so that they may scatter positive energy — wishes of peace, strength, compassion and wisdom, carried on the winds to the community and beyond. The flags are not so much for the benefit of the person who hangs them, but for the benefit of everyone who is touched by their blessings.

This practice of sharing positive energy can also be seen in community-focused businesses such as the Namo Buddha Resort, where we stayed for a night.

The Namo Buddha Resort is an organic, farm-to-table resort, featuring sweeping views of the soaring Langtang mountains. Here, the focus is on preserving local wildlife habitats and supporting the local economy. The majority of the staff comes from neighbouring villages, and while the resort grows much of its own food, what cannot be produced on-site is purchased from local farmers. Items from the resort farm include jams prepared from their own fruit, and ice cream from their own buffalo milk. Guests can wander the gardens and learn about Nepali vegetation as well as organic farming techniques.

Beyond food, the resort also follows sustainable practices in its design and operations. The cottages are built in traditional Nepali style by carpenters and masons from Kiritpur, using all-natural materials, including mud and natural paint. Bed linens are designed in traditional patterns, and the pottery comes from Thimi Ceramics in Bhaktapur, which was the first stoneware ceramics producer in Nepal.

Lastly, as part of the resort’s conservation efforts, water consumption is monitored daily, and grey water is recycled from the communal shower house. There are also water recharge ponds to replenish both the resort’s own spring and the neighbouring community’s springs.

Discovering the history and artistry of Bhaktapur

The Newar people are the original inhabitants of the Kathmandu Valley, and currently make up about 5.5% of Nepal’s population, with more than two-thirds of them still living in the Valley. Today, the Newars are recognized for their rich contributions to Nepali culture, art, literature, cuisine and more.

In the UNESCO-recognized city of Bhaktapur, much of this craftsmanship can be seen through preserved palace courtyards, stunning temples and squares, and elaborate artwork crafted in wood, metal and stone. Most notably, their delicate woodcarving skills have become a defining aspect of Newari architecture.

Throughout the Kathmandu Valley, you’ll often see elaborate windows, featuring intricate carvings of things like deities or dragons or flowers. These artistic creations have become a distinctive feature of traditional Nepali architecture, and are called Newar windows, in honour of their origins. The style of these windows vary, depending on which floor of a building they’re serving. For example, the most popular form of Newari window allows light and air to enter the room, but the intricate design work prevents anyone outside from being able to see in. One of the most famous of these windows is the stunning peacock window of Bhaktapur.

As you can see, Nepal has so much to offer, and definitely more to offer than just altitude sickness! If you’d like to plan your own travels to Nepal and the Kathmandu Valley, please get in touch. I’d love to help you plan your perfect trip.

At Love the Way You Travel we create and book authentic adventures for responsible travellers. Our mission is to educate and empower travellers to make responsible choices. We believe small changes lead to big impact in creating a sustainable future for us all.

Sign up for our twice-monthly travel inspiration to keep you dreaming until you are ready to plan your next adventure. Warning: Wanderlust may ensue!

Love the Way You Travel

We help responsible travellers explore the world by creating and booking authentic adventures that help people, places and the planet, thrive. 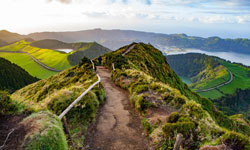 What Adventure Should You Take Next?

Take the quiz to find out what style of adventure travel is perfect for you!

We use cookies on our website to give you the most relevant experience by remembering your preferences and repeat visits. By clicking “Accept”, you consent to the use of ALL the cookies.
Cookie settingsACCEPT
Manage consent

This website uses cookies to improve your experience while you navigate through the website. Out of these, the cookies that are categorized as necessary are stored on your browser as they are essential for the working of basic functionalities of the website. We also use third-party cookies that help us analyze and understand how you use this website. These cookies will be stored in your browser only with your consent. You also have the option to opt-out of these cookies. But opting out of some of these cookies may affect your browsing experience.
Necessary Always Enabled
Necessary cookies are absolutely essential for the website to function properly. These cookies ensure basic functionalities and security features of the website, anonymously.
Functional
Functional cookies help to perform certain functionalities like sharing the content of the website on social media platforms, collect feedbacks, and other third-party features.
Performance
Performance cookies are used to understand and analyze the key performance indexes of the website which helps in delivering a better user experience for the visitors.
Analytics
Analytical cookies are used to understand how visitors interact with the website. These cookies help provide information on metrics the number of visitors, bounce rate, traffic source, etc.
Advertisement
Advertisement cookies are used to provide visitors with relevant ads and marketing campaigns. These cookies track visitors across websites and collect information to provide customized ads.
Others
Other uncategorized cookies are those that are being analyzed and have not been classified into a category as yet.
SAVE & ACCEPT